MissChief  (Missy for short) is our big orange floof. She’s a special cat. She’s pretty much scared of anyone who isn’t me or Boyfriend, and we’ll startle her too if we make loud noises, sudden movements or wear shoes indoors (I swear this is the main reason she resents M-I-L, who is our cat sitter when we go out of town). She pretty much insists on being combed while she eats, she’s too fat to clean her own butt, she purrs so gently you can barely hear it, and she’s also extremely sweet. 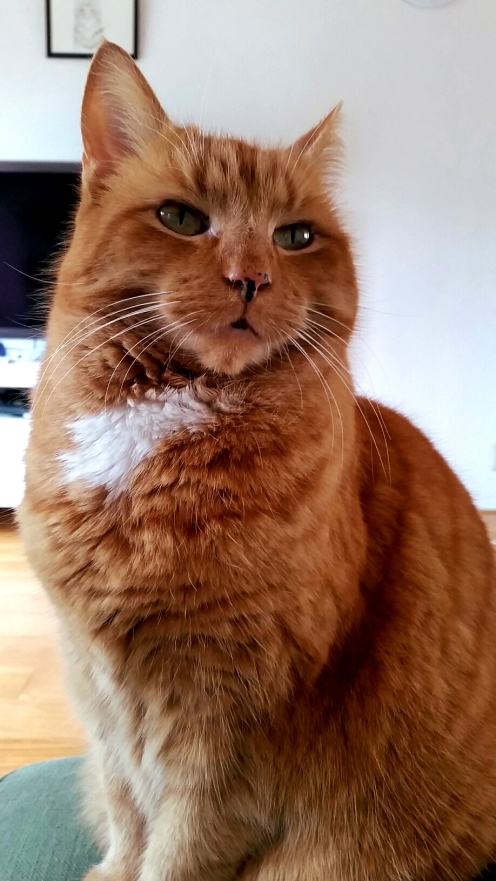 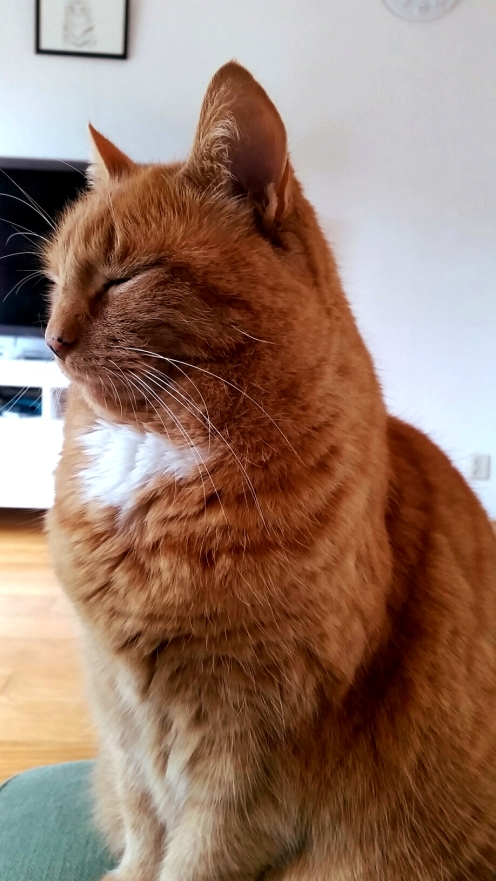 It’s taken her about 1,5 years to get this close to our other cats: 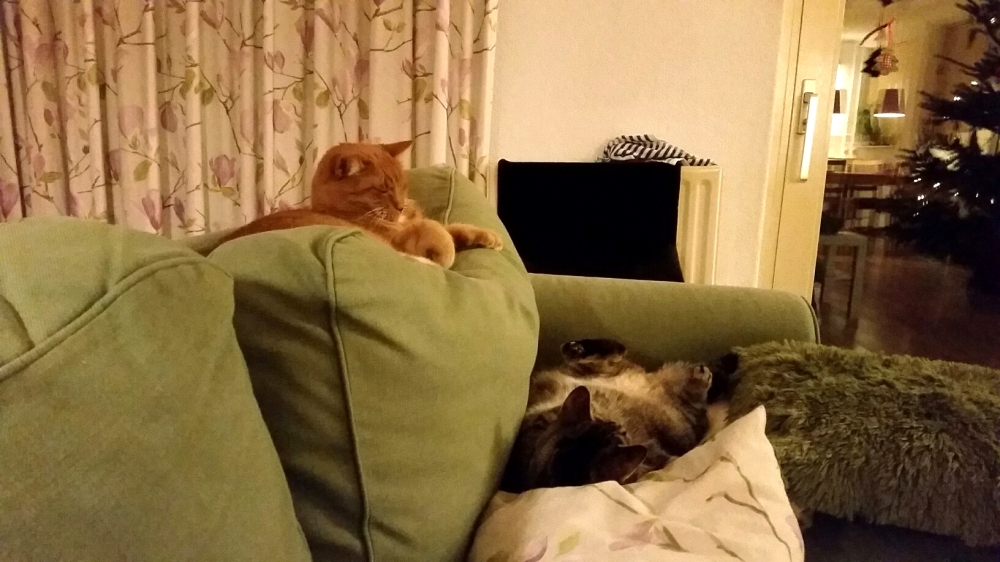 We’ve had her since she was a kitten, so I know she’s not skittish because of things that have happened to her in the past, she was just always a bit like this. And it seems reasonable that if 15-20% of people have a neurological difference causing them to be highly sensitive that this could apply to animals as well. 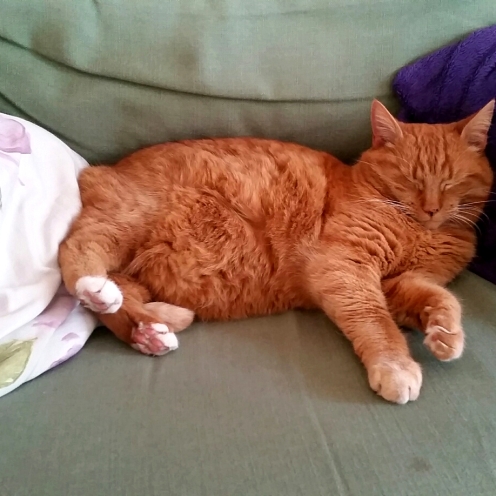 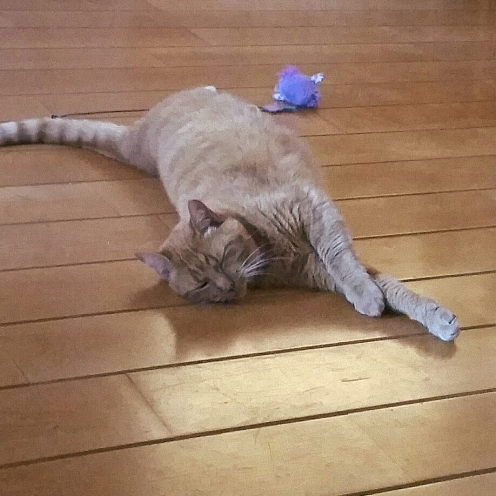 I do get the feeling that she cares a lot about us and not just because we feed her. She almost always comes to me when I’m crying. I think she’s trying to comfort me, so I try to tell her that it’s OK, that I’m going to be OK.

The other week I was sick. I had a touch of the flu and went to bed with a fever. MissChief stayed with me all night, lying on the bed next to me – which she doesn’t usually do. Now she may just have enjoyed the heat I was radiating, but I like to think that she was watching out for me.

Though of course like any cat, she does enjoy a warm spot and some nice electricity, like my foot warmer: 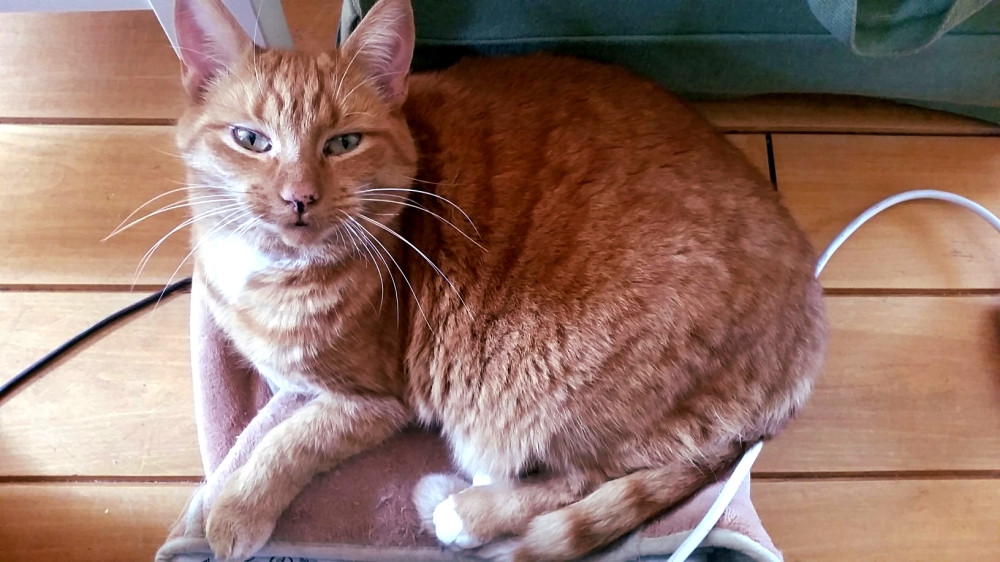 The next day, when I no longer had a fever but was still collapsed on the sofa, she came to lie on my chest, which is another thing she doesn’t normally do. I think she was trying to heal me with her purrs. And you know what? I think it worked! I was much better already the next day, and it usually takes me longer to recover. 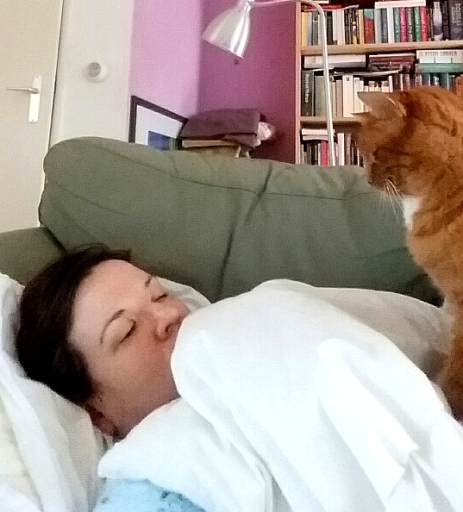 I don’t know how much truth there is to it, but I have read several places that the frequency at which cats purr can help reduce stress and even other symptoms of illness. And even if that’s not the case, there’s no arguing with the fact that for a cat lover, it helps to have your furry buddies close by when you’re feeling down or sick.

Bonus picture of MissChief when she was a kitten, because kittens. 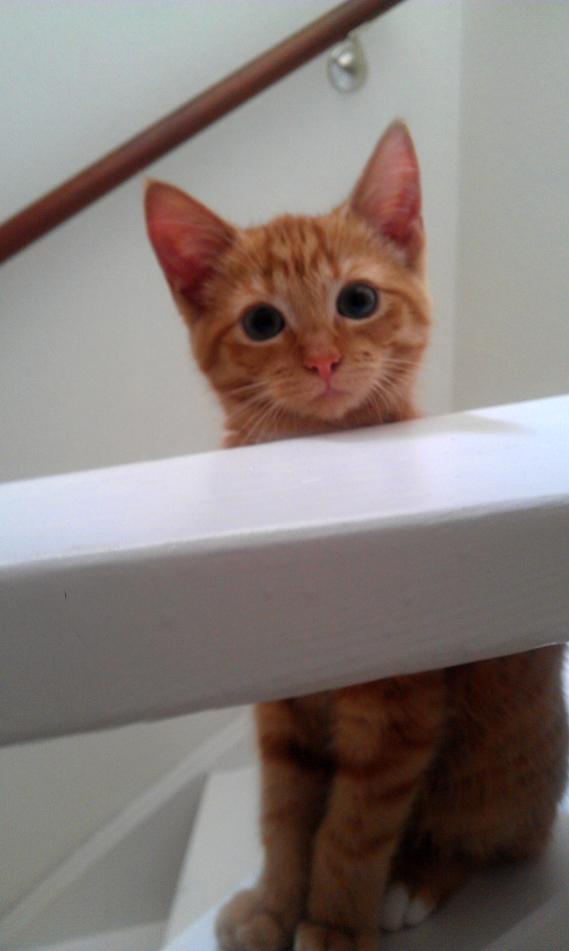